We get asked what DVDs are available for the Daniel Boone TV show.  Below is the information we are aware of concerning the various releases on DVD.  The Liberation Entertainment and 50th Anniversary editions are out of print, but you can still find them.  The current release of Season 1-6 is at Walmart.  Enjoy! 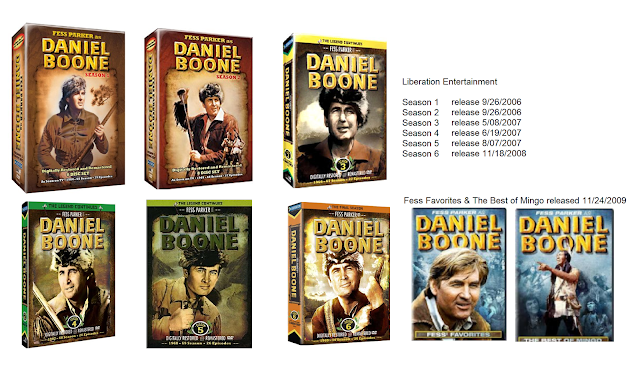 The Liberation DVDs included digitally restored audio/video of all 165 episodes of the Daniel Boone TV show, as well as special features such as interviews with the cast of the show.  No longer in print, but can be found on websites.

50th Anniversary Box Set of all 165 episodes released in 2014.  There were no special features included, but the entire set was offered at $99.95 with free shipping & handling.  No longer being released but can be found on various websites. 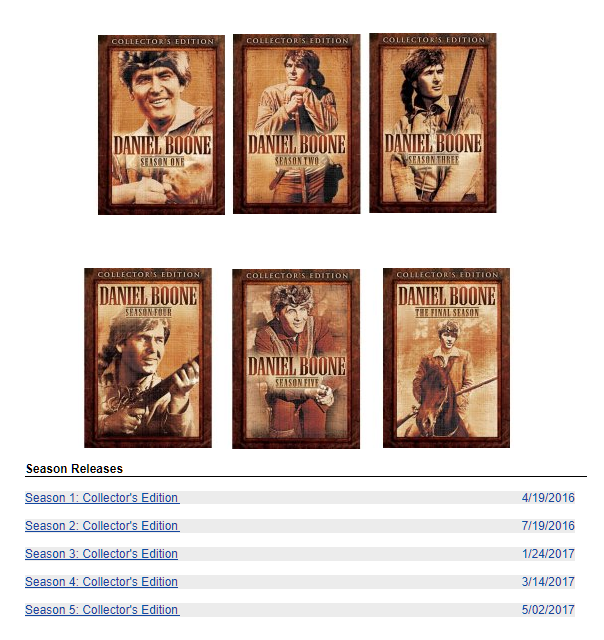 The Walmart release appears to include some of the special features from the Liberation Entertainment DVDs.  Season 6-The Final Season will be released 12/19/2017.
Posted by Fess Parker Fans & Friends at 1:29 AM No comments: