Do you have a favorite memory of Patricia? 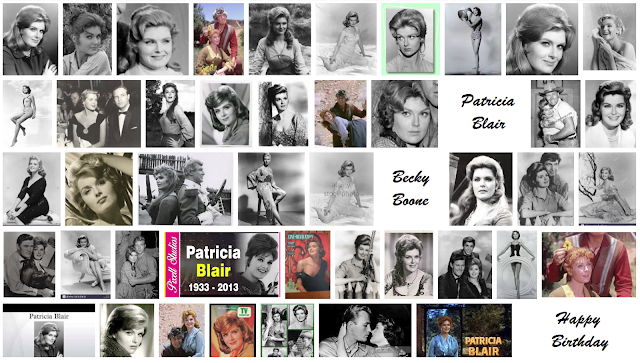 Posted by Fess Parker Fans & Friends at 3:56 AM No comments:

We'll always remember her as 'Ma'. 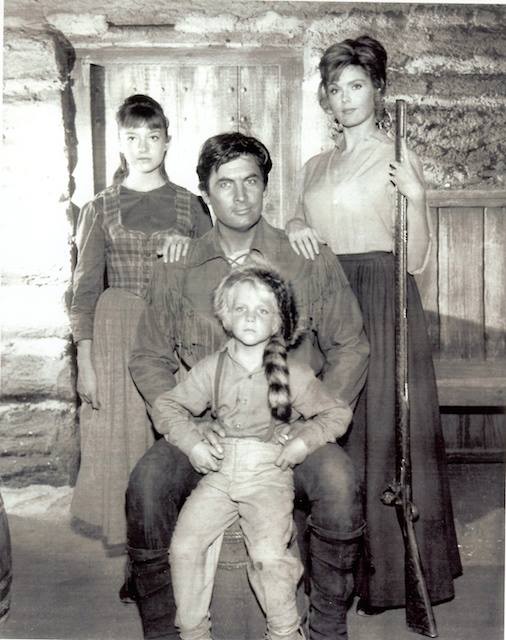 Posted by Fess Parker Fans & Friends at 3:46 AM No comments:

Yep, they were both on The Rifleman 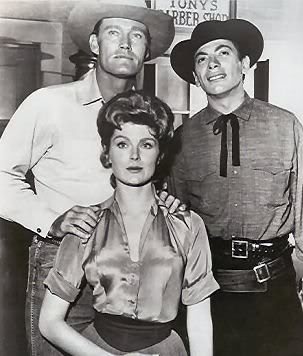 Chuck Connors, Patricia Blair and Ed Ames on The Rifleman
Posted by Fess Parker Fans & Friends at 3:44 AM No comments: 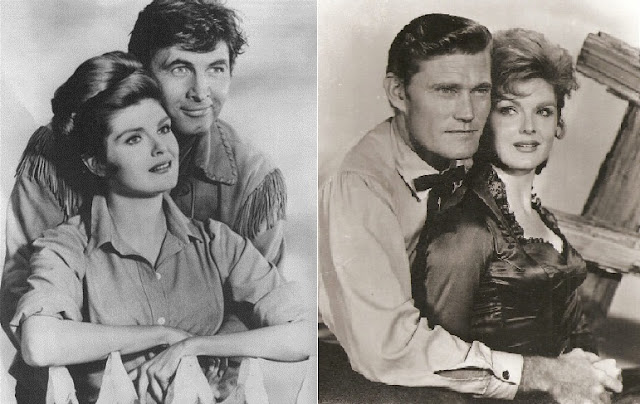 Posted by Fess Parker Fans & Friends at 3:43 AM No comments: 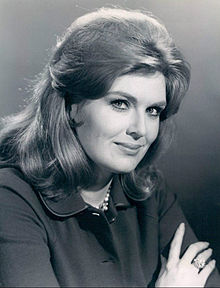 Patricia Blair (born Patsy Lou Blake; January 15, 1933 – September 9, 2013) was an American television and film actress, primarily on 1950s and 1960s television. She is best known as Rebecca Boone in all six seasons of NBC's Daniel Boone, with co-stars Fess Parker, Darby Hinton, Veronica Cartwright, and Ed Ames. She also played Lou Mallory on the ABC western series The Rifleman, in which she appeared in 22 episodes with Chuck Connors and Johnny Crawford. 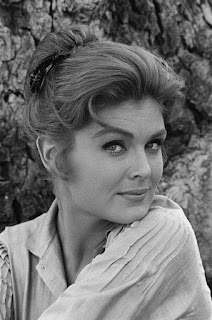 Patsy Lou Blake was born in Fort Worth, Texas and grew up in Dallas. She became a teenage model through the Conover Agency. While acting in summer stock, Warner Bros.discovered her and she began acting in films under the names Patricia Blake and Pat Blake. In the late 1950s she appeared as the second female lead in several films for Warner Bros. and later for MGM. Her first movie was Jump Into Hell (1955), about the Battle of Dien Bien Phu in French Indochina. 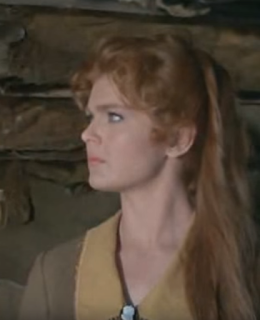 She had a recurring role as Goldy, one of Madame Francine's hostesses, on the 1958 TV series Yancy Derringer. In 1962 she starred as Lou Mallory in The Rifleman, replacing actress Joan Taylor as Chuck Connors' love interest on that series. She also made a guest appearance in 1963 on Perry Mason as murderess Nicolai Wright in "The Case of the Badgered Brother." She made guest appearances as well on other television series, such as The Bob Cummings Show, Rescue 8, Richard Diamond, Private Detective, The Virginian, and Bonanza. 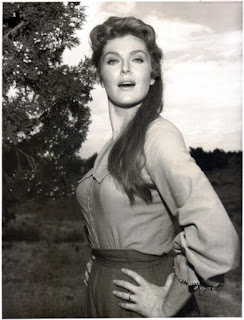 Blair had considered moving to New York City in 1964 until screenwriter Gordon Chase helped her get a role on the NBC series Daniel Boone. She played wife Rebecca Boone, opposite Fess Parker for six seasons, with Darby Hinton as son Israel and Veronica Cartwright as daughter Jemima. After the series ended in 1970, she appeared in a few minor films and television spots. Her last appearance in a feature film was in 1979, portraying a fashion narrator in The Electric Horseman starring Robert Redford. In her later years she produced trade shows in New York and New Jersey. 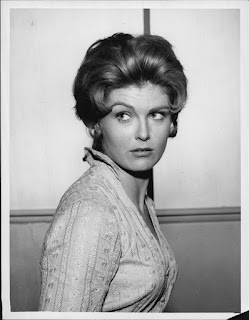 Posted by Fess Parker Fans & Friends at 3:42 AM No comments: