Do you remember the lyrics to Mike Fink's - King of the River song? 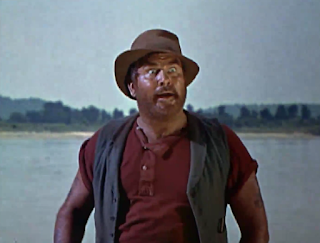 DID YOU KNOW: The real Daniel & Becky Boone had 10 children. 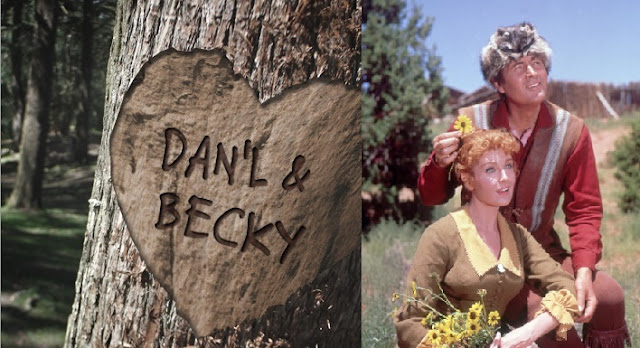 Their love was as tough (& enduring) as a might oak tree.
Posted by Caring Dad at 7:00 PM No comments:

OLD YELLER TRIVIA CHALLENGE: How many of these questions can you answer about Disney's Old Yeller 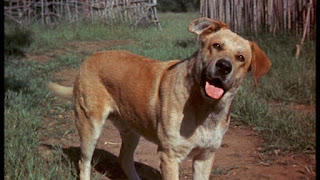 1. What caused Old Yeller to get sick?

2. True or False: Old Yeller is given the name because he's yellow AND he bays loudly. 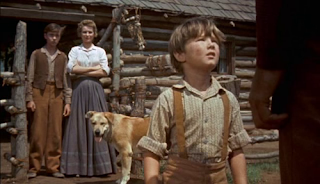 3. What was this family's last name? 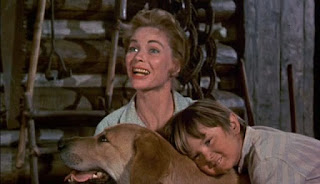 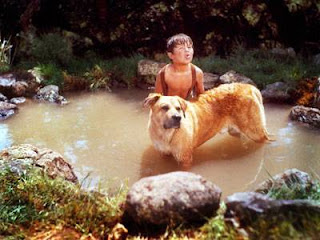 5. What does Bud Searcy warn Travis about? 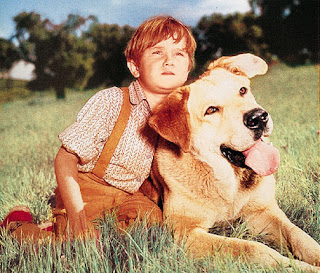 6. What year did Old Yeller hit the big screen? 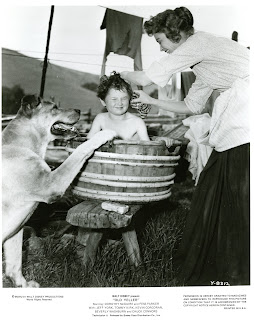 7. What was the title of the sequel movie to 'Old Yeller'? 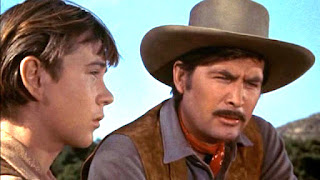 8. Why was the father away from home when Old Yeller arrived? 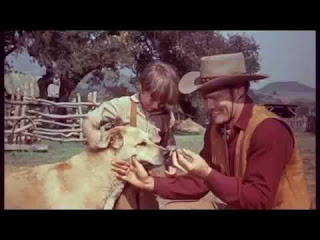 9. What two things does Arliss give to Old Yeller's owner so he can keep the dog? 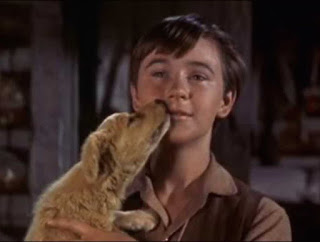 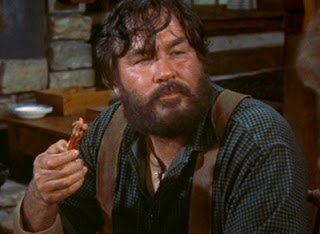 11. Name a previous movie that Fess Parker and Jeff York starred in before 'Old Yeller'? 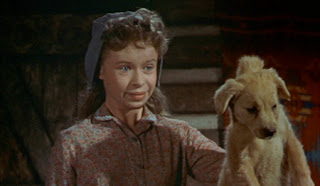 12. What is this girl's name and who is she giving this pup to? 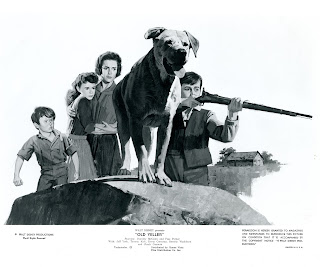 13. What kind of animal was Jumper? 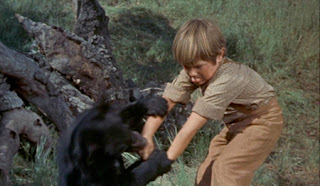 14. Who comes to the rescue when Arliss is threatened by this little critter's mother? 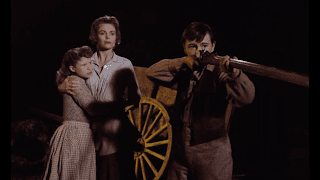 15. What kind of animal did Old Yeller fight with and get hydrophobia? 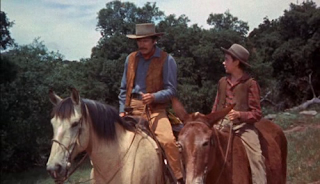 16. What does Travis want his father to bring back to him? 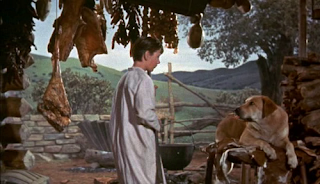 17. Why did Travis hang the meat close to the ground before going to bed?

Answers:
1. He was bitten by wolves who had hydrophobia
2. True
3. Coates
4. Fred Gipson
5. hydrophobia (rabies) spreading in the area among animals
6. 1957
7. Savage Sam
8. Jim Coates-the father, was on a cattle drive.
9. Horned toad and home-cooked meal
10. Snake bite.
11. Fess Parker and Jeff York were previously together in Disney's 'Davy Crockett'!!!
12. Elizabeth gave this pup to Travis to ease his pain over losing Old Yeller.
13. Mule
14. Old Yeller
15. Wolves
16. A horse.
17. He was tempting Old Yeller to eat it and thus get in trouble with Mama.

Posted by Caring Dad at 6:01 PM No comments: 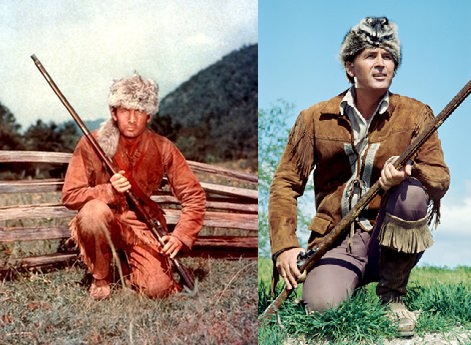 Posted by Caring Dad at 4:40 PM No comments: