The Wrath of Becky

Beck douses Dan'l with a bucket of cold water after smelling perfume on his buckskins and questioning his explanation in Season 6 Episode 6 - The Traitor.   You'll have to watch it to find out who the traitor really was.  Remember this one?
Posted by Caring Dad at 3:10 PM No comments:

How'd They Do That

A nice establishing shot taken outdoors was often combined with an in-studio shot that included  dialogue to provide the viewer with a seamless view of the show. 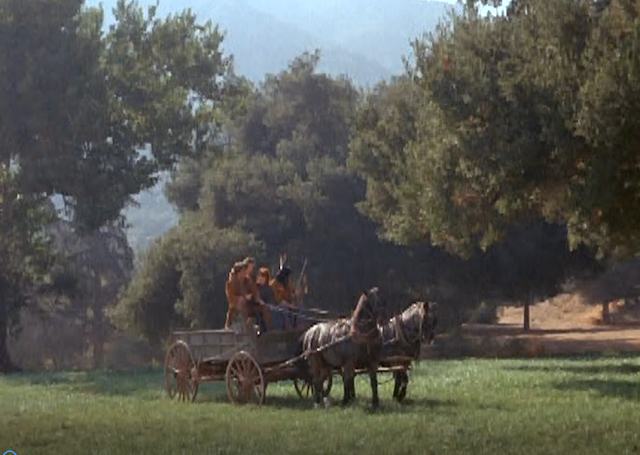 Below we have the Boone's with Mingo via an in-studio closeup camera shot that provides dialogue.  Imagine trying to mount a camera or track alongside the wagon on the bumpy terrain. 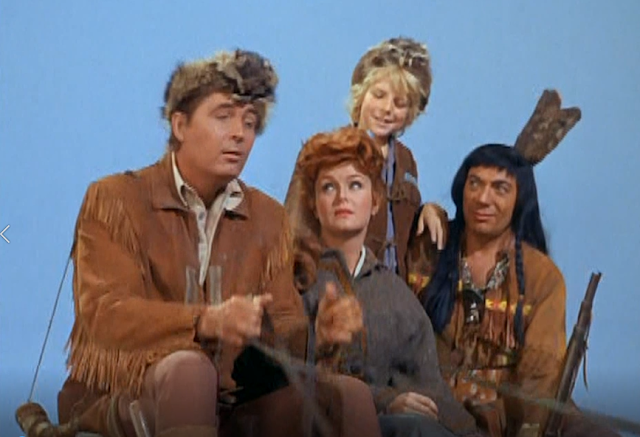 Such techniques were used throughout the show to provide a personal, up-close way to make the viewer feel closer to our fine frontier family!   Things get even more interesting when you see the same location from episode to episode as is shown below.  The one on the left is from Nightmare, without Mingo.  Studios often would film multiple shots with various actors on location and use the footage across multiple episodes.

Hats off to the producers & camera crew for their creativity and expertise in filming the show.   The colors, clarity & creativity hold up 50+ years later!!!
Posted by Caring Dad at 2:41 PM No comments: 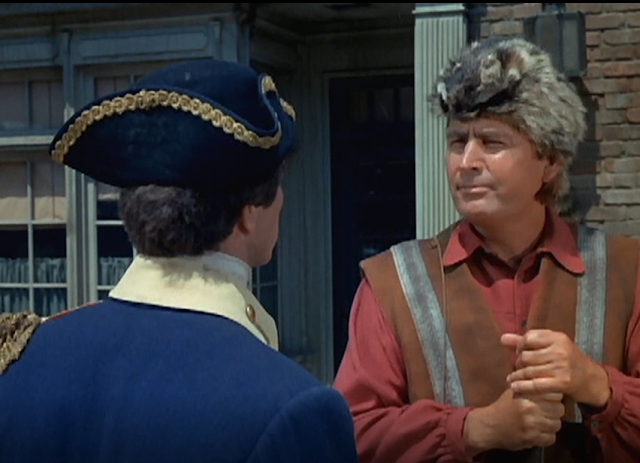 Boone teaches a lieutenant about backwoods fighting during an attack on a British cannon installation.  Can you name that episode? 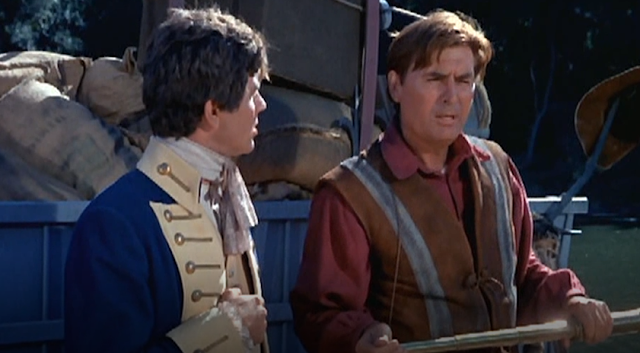 Posted by Caring Dad at 2:20 PM No comments: