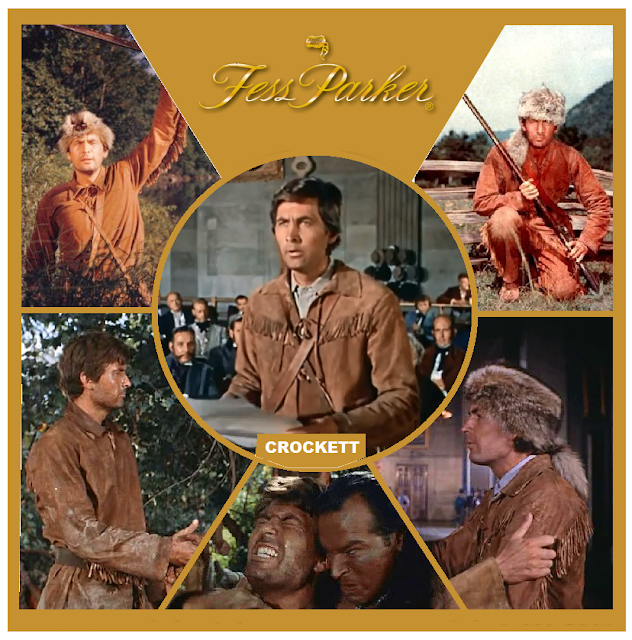 The Disney Davy Crockett TV series was a worldwide success. The 1st three episodes were made into a movie. Read about those three episodes below.
Creek Indian Wars
Tennessee wilderness settlers Davy Crockett and best friend George "Georgie" Russell volunteer to fight with General Andrew Jackson in the Creek War. After a victorious battle, Crockett and Russell return home over the protestations of their superiors. Returning the next season, the pair find that the pursuing American forces have reached a stalemate chasing the remnant Creek forces through the swamps.
Georgie Russell is ambushed while scouting for the Native American positions, but Crockett is able to track the Creeks back to camp. In exchange for Russell's life, Crockett challenges Red Stick, the Creek tribe's remaining chief, to a tomahawk duel. Crockett emerges victorious but spares the life of Red Stick on condition he will sign the American peace treaty.
Off to Congress
Crockett and Russell leave home once again to scout virgin territory being opened for settlement. There the pair encounter a man named Big Foot who is running Charlie Two Shirts off their land and reselling it. After befriending a family of Creek refugees who have been forced from their homes, Crockett agrees to become magistrate for the area. Confronting Big Foot in hand-to-hand combat, Crockett eventually defeats his opponent and arrests him and his accomplices.
Not long after, Crockett receives a letter from his sister-in-law which relates that Polly, his wife, has died.
Crockett agrees to run for the state legislature when he learns of the unrivaled candidacy of Amos Thorpe, an unscrupulous politician in league with men trying to lay claim to Cherokee lands. Then at the request of Andrew Jackson, he runs for Congress. Handily elected, Crockett becomes a popular member of the House of Representatives and friend of Andrew Jackson, who has since become president of the United States.
Aware of Crockett's views of Native American rights, Jackson's underlings arrange for Crockett to take a speaking tour across the eastern part of the country during the introduction of a legislative bill to usurp Indian treaty lands. Hearing of the bill, Georgie Russell rides to Philadelphia to fetch Crockett. The pair arrive back in Washington, D.C. where Crockett makes an impassioned speech before the House of Representatives against the bill, aware that it will cost him his political career.
The Alamo
Crockett learns of the embattled Texans at the Alamo and decides to join them, with Georgie Russell reluctantly following. En route to San Antonio the pair are joined by a riverboat gambler named Thimblerig. Davy spots smoke signals from the Comanches when they enter Texas. Next, they see a bison stampede and watch a tribesman fall off his horse. Davy and Georgie nickname the Comanche "Busted Luck" due to his bad luck and that he speaks no English to give his real name, but nevertheless tags along with them. After reaching the Alamo, the Texan garrison successfully holds out against several attacks by General Santa Anna until being finally overrun by Mexican troops. After they successfully manage to scale the walls, the Mexicans overrun the Texans, killing all of them, including "Busted Luck", Colonel William Travis and Thimblerig, as well as Jim Bowie, who is sick in bed. Georgie is shot twice and is killed. Davy, the last survivor, fights valiantly on, taking down several Mexicans, though it is obvious he will get killed eventually.
Released as a result of the enormous success of the three television episodes, which were first shown on the Disney anthology television series, Davy Crockett-King of the Wild Frontier remains Walt Disney's most successful television film project. The Davy Crockett episodes of the mid-1950s sparked a national (and later transatlantic) "Davy Crockett craze", with many coonskin caps being sold, as well as a successful recording of the episodes' theme song "The Ballad of Davy Crockett".
The success of the film prompted Disney to create a sequel. However, Crockett died at the Alamo. So Disney decided to release a prequel entitled Davy Crockett and the River Pirates, consisting of the final two episodes of the TV series.
Posted by Caring Dad at 2:25 PM No comments: 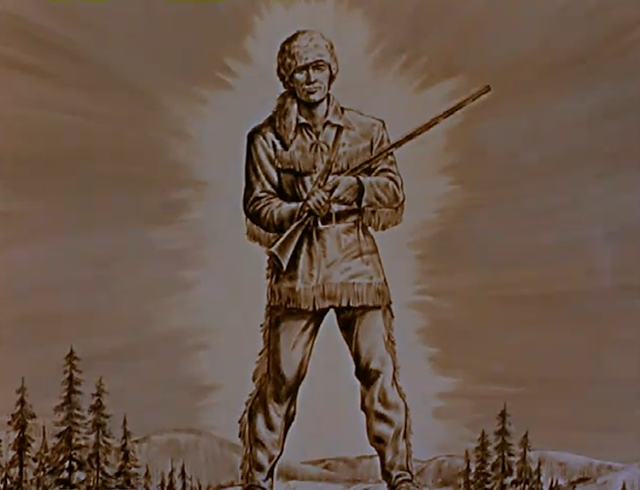 Posted by Caring Dad at 2:17 PM No comments:

THE WISDOM OF MINGO: Choose a job you love, and you will never have to work a day in your life. 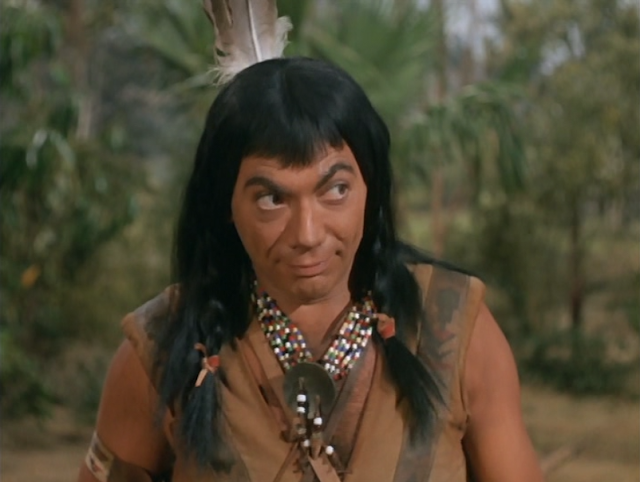